Elephone A4 Pro is an excellent clone of iPhone X from the Chinese manufacturer at a low price (only $ 200). In addition to the 5.85-inch display with a super fashionable notch, like on Apple, the device offers Android 8.1 OS, MediaTek MT6763, and 4 GB RAM. In our system, the device received 7,95 points. 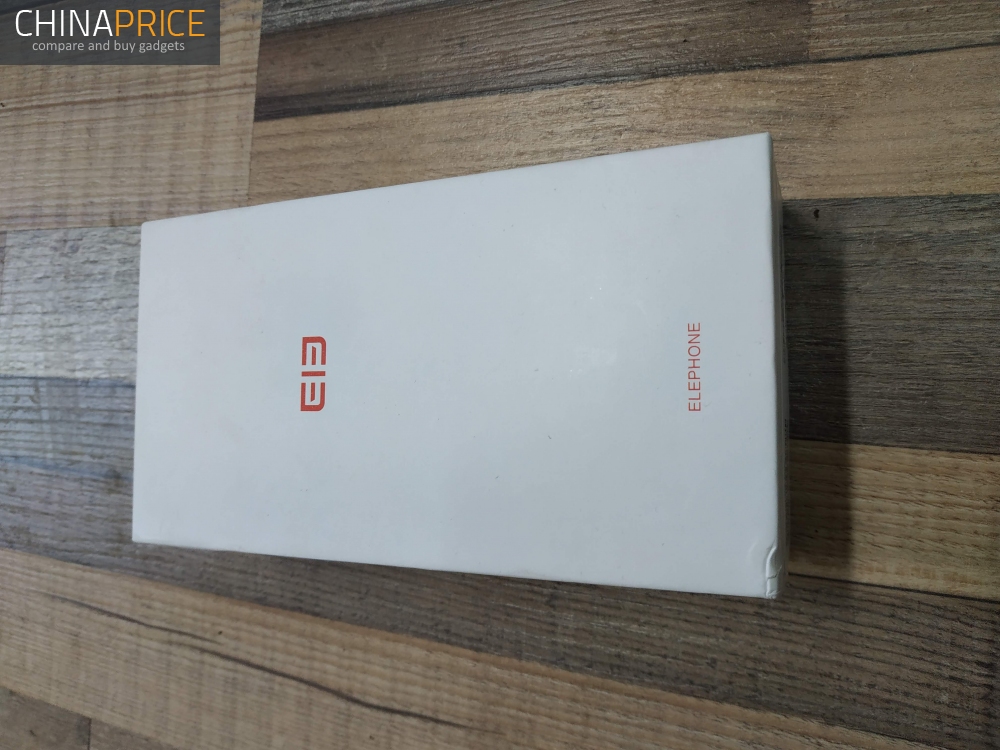 Buy Elephone A4 Pro from Gearbest

The smartphone comes in a box, where all the components are packaged in kitchen plastic bags. The package consists of a back case, phone, manual in English, power adapter, SIM Card needle, and USB cable. 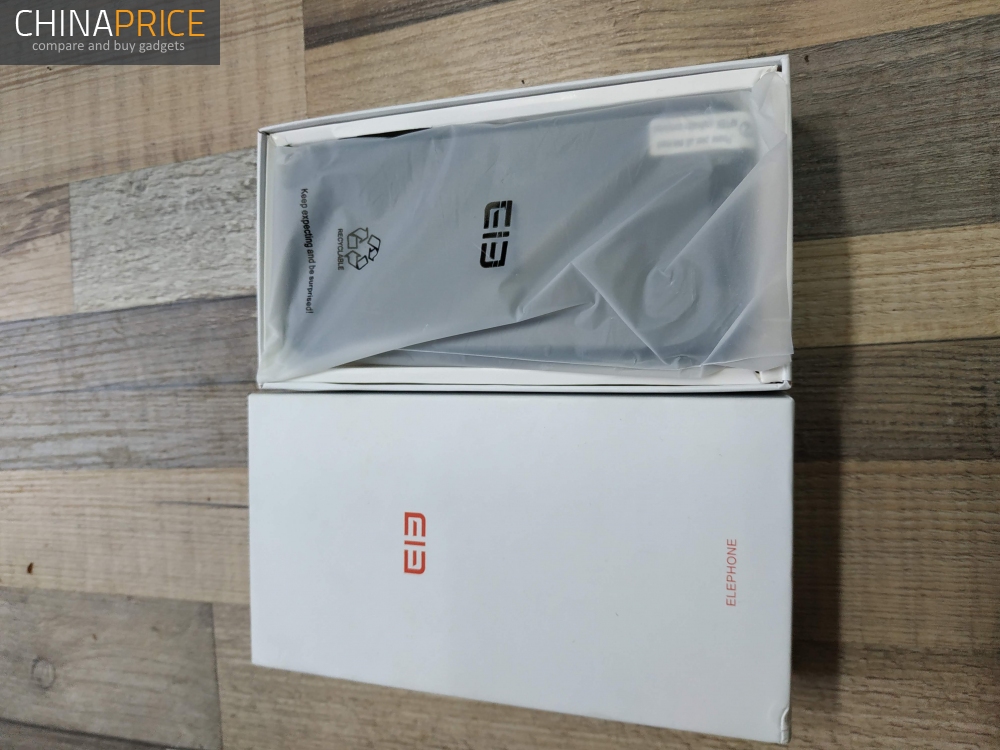 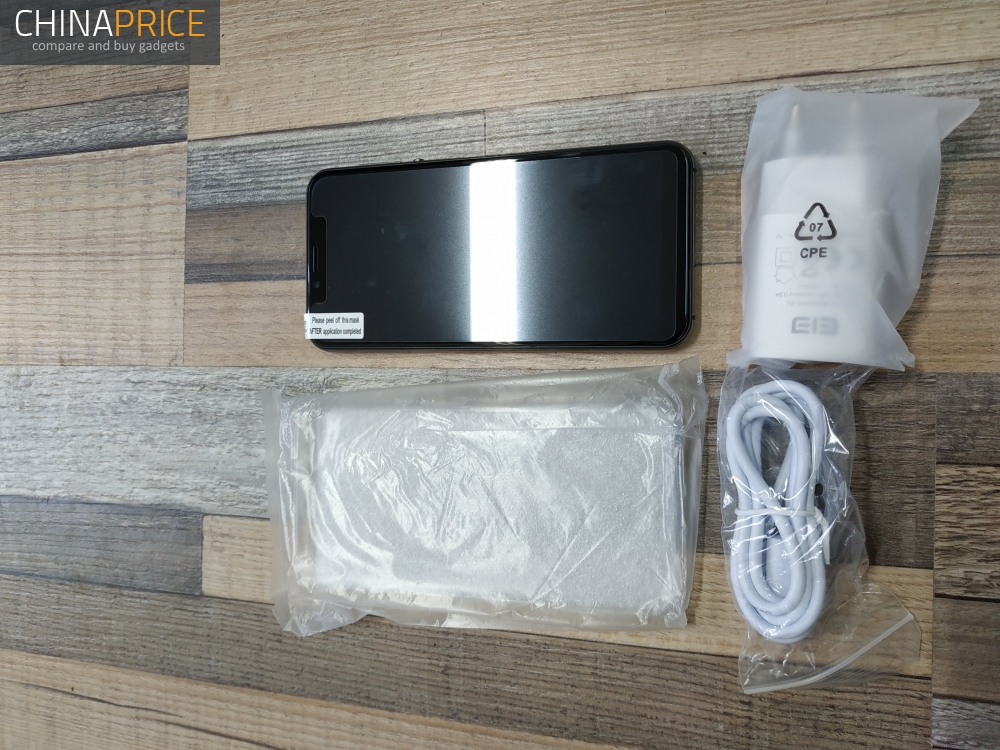 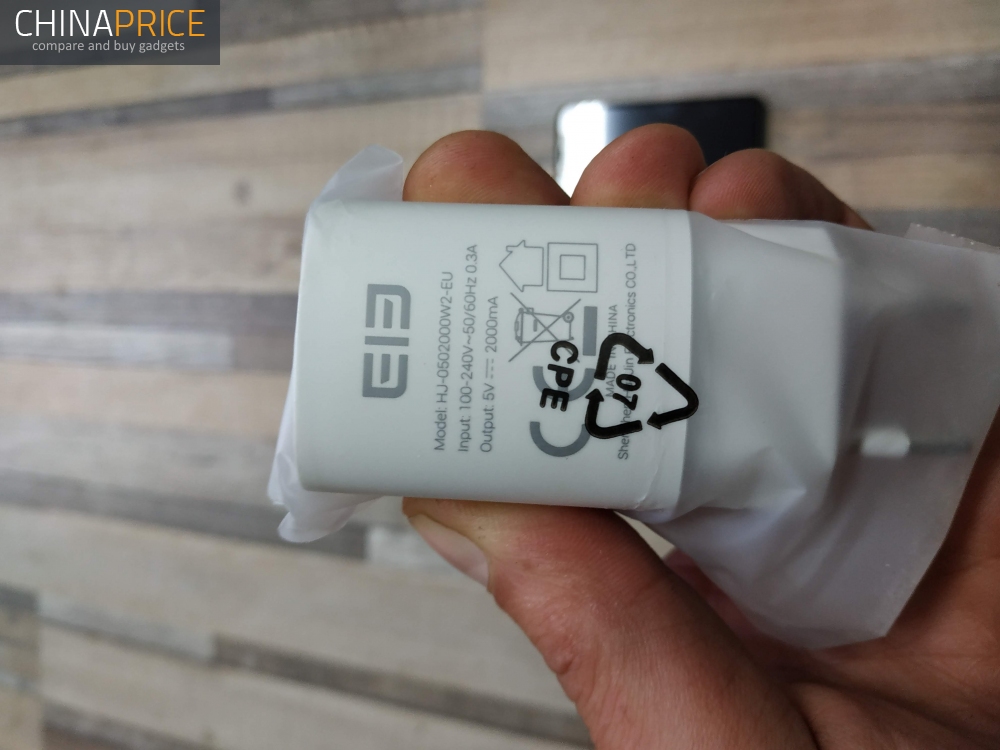 The design of A4 Pro is a copy of iPhone X. On the front panel, there is a large display. At the top of it, manufacturers have installed a notch. A front camera, standard sensors, and a receiver were installed in this notch. 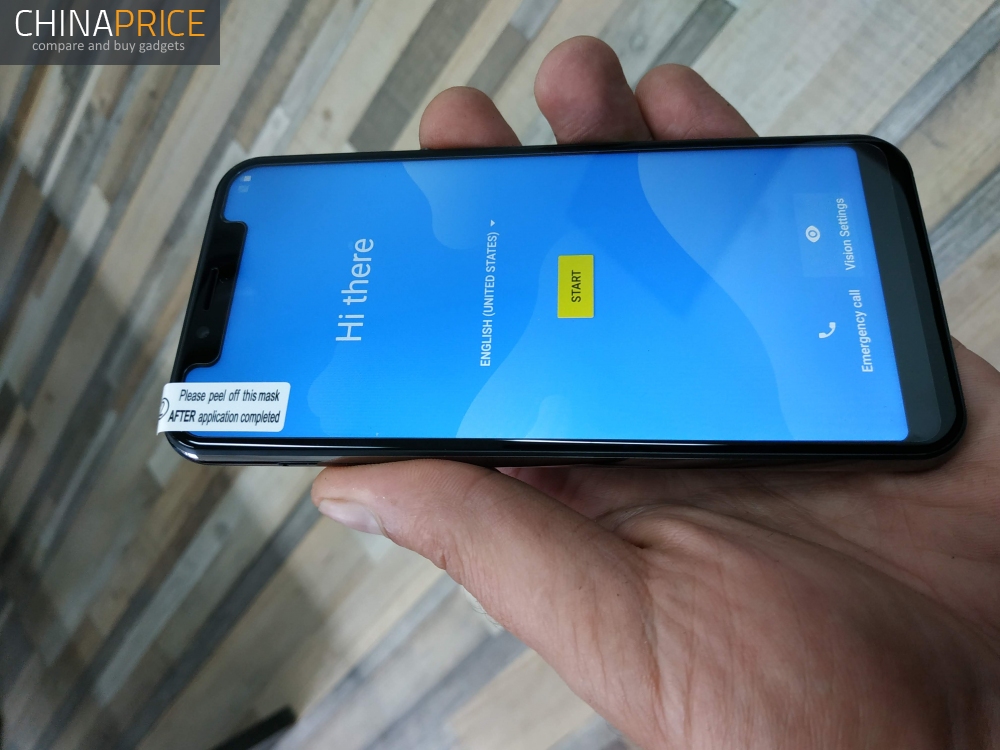 A distinctive feature between A4 Pro and iPhone X in terms of design is the back panel, which on a Chinese device is made of plastic, not metal, like Apple's device. Although it may seem that the body is made of metal. The location of the camera is the same as on iPhone X (in the upper left corner). The flashlight is located just below the camera. At the bottom of the rear panel, there is a brand logo and its name. Logo on the left, the name on the right. 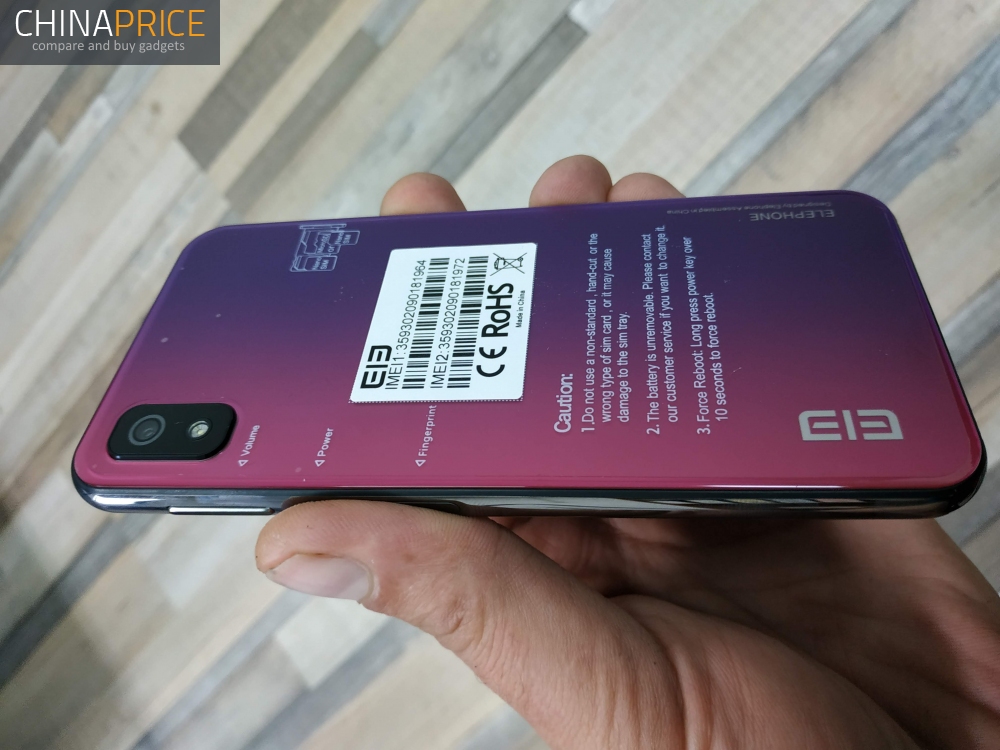 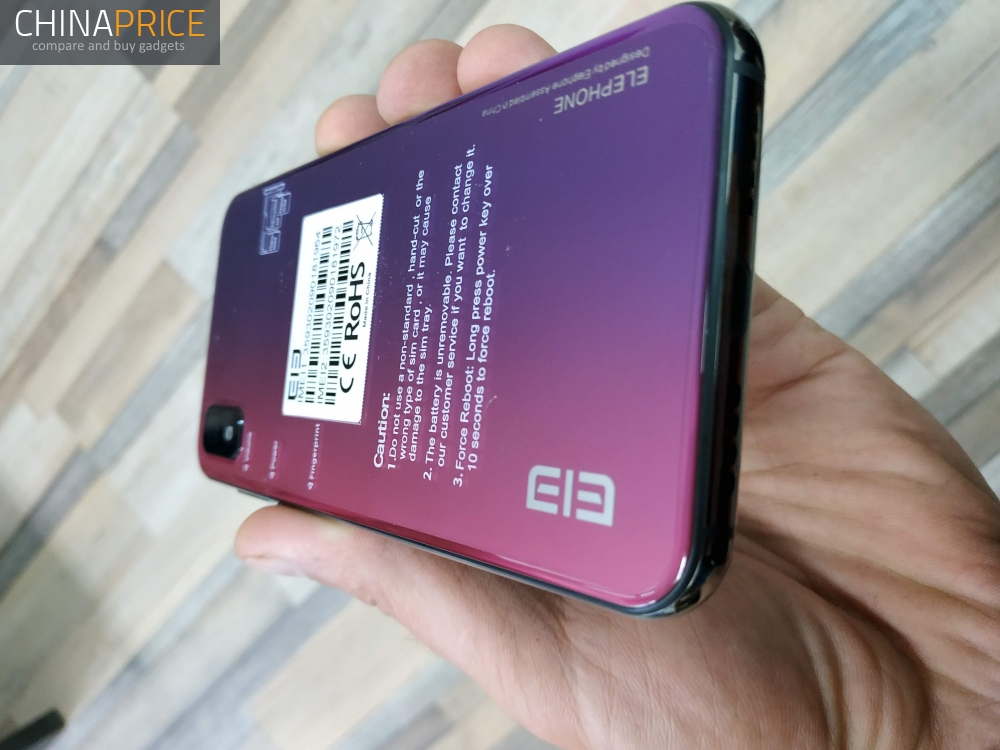 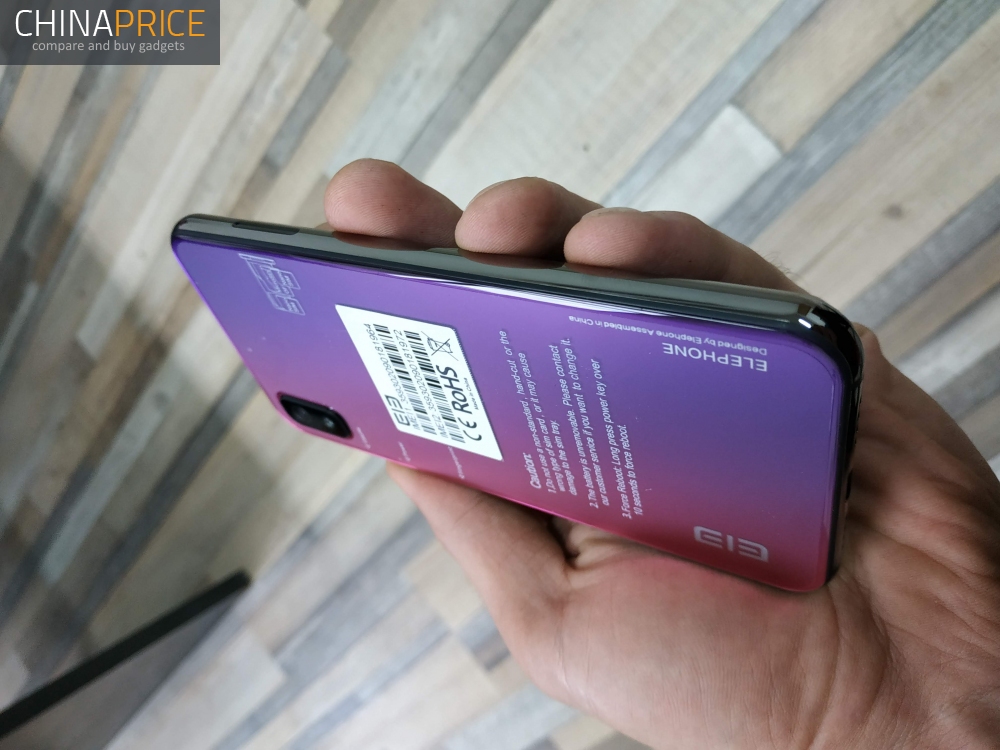 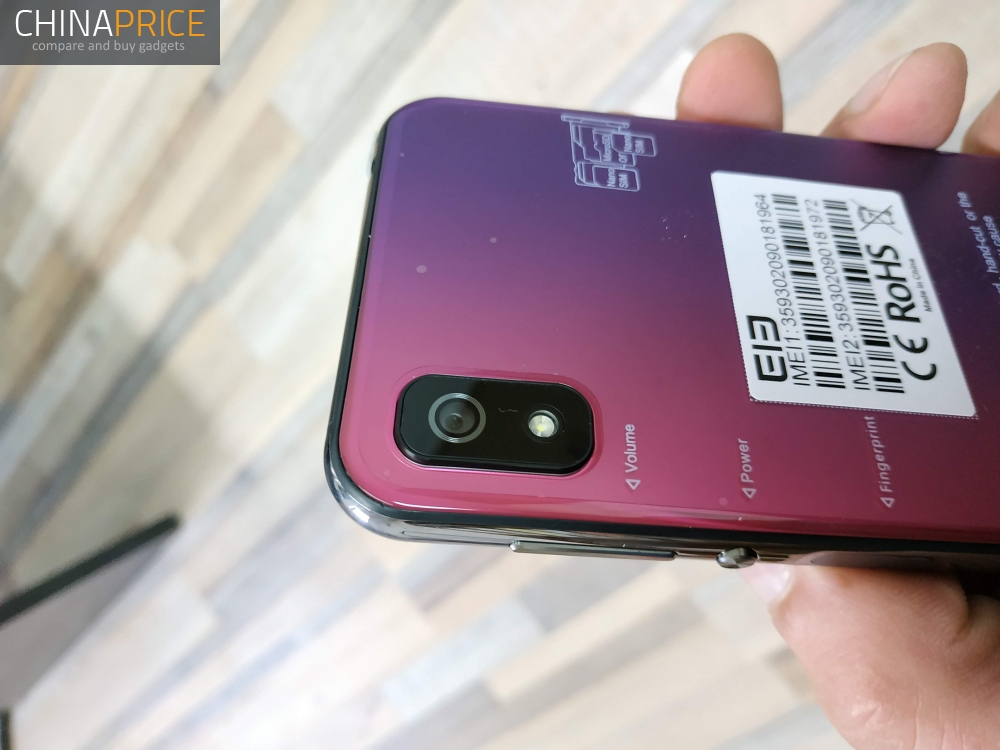 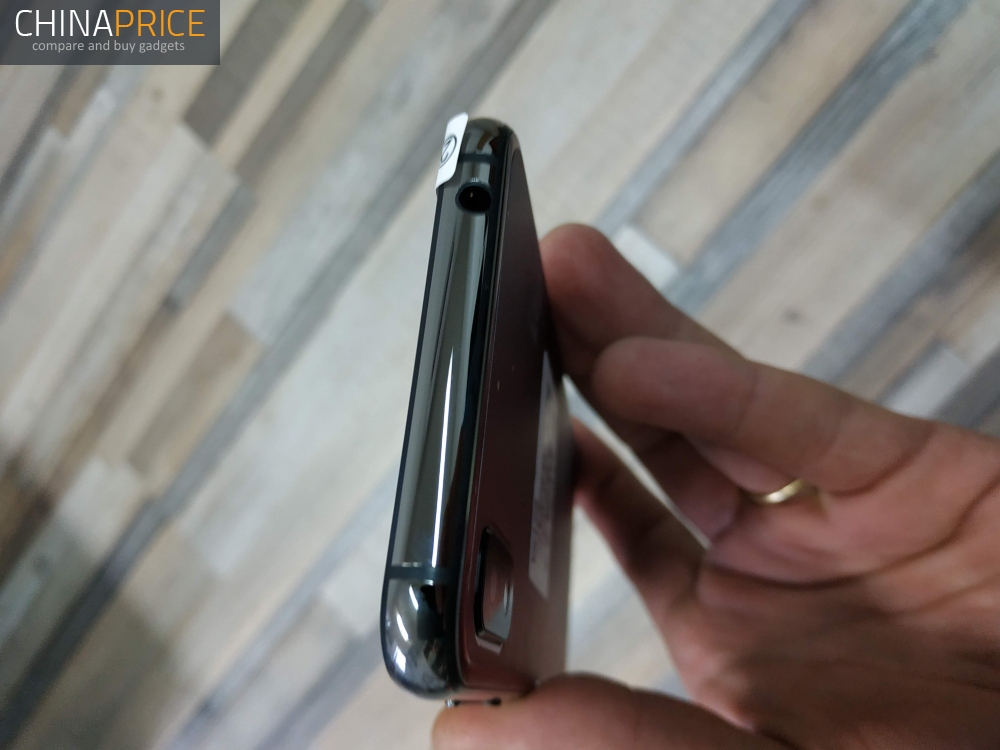 At the bottom - two speaker grilles and a micro USB port. 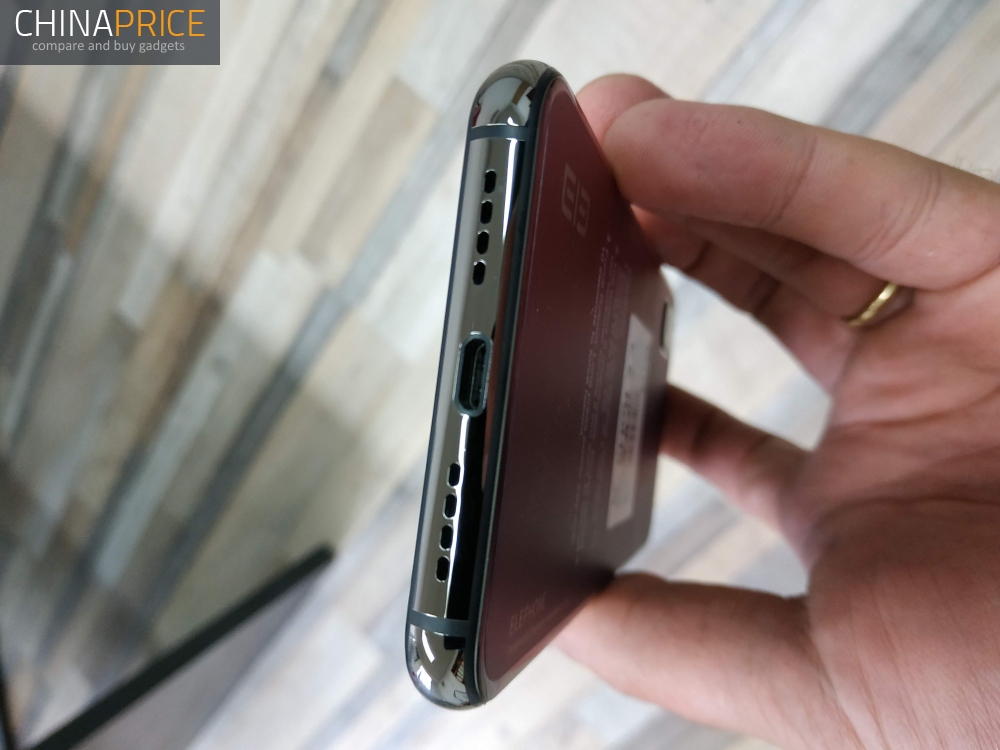 On the left side, there is a hybrid slot for two SIM cards or one SIM card and one SDcard. 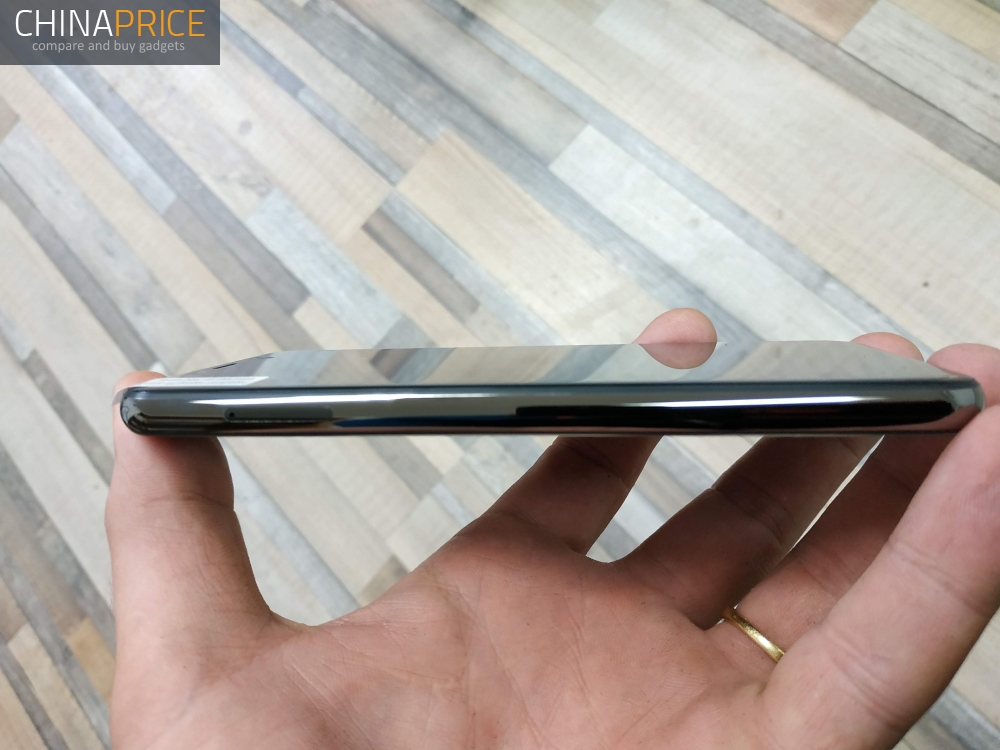 On the right, there is a volume rocker, a power button, and a fingerprint scanner. The last one does not respond well. 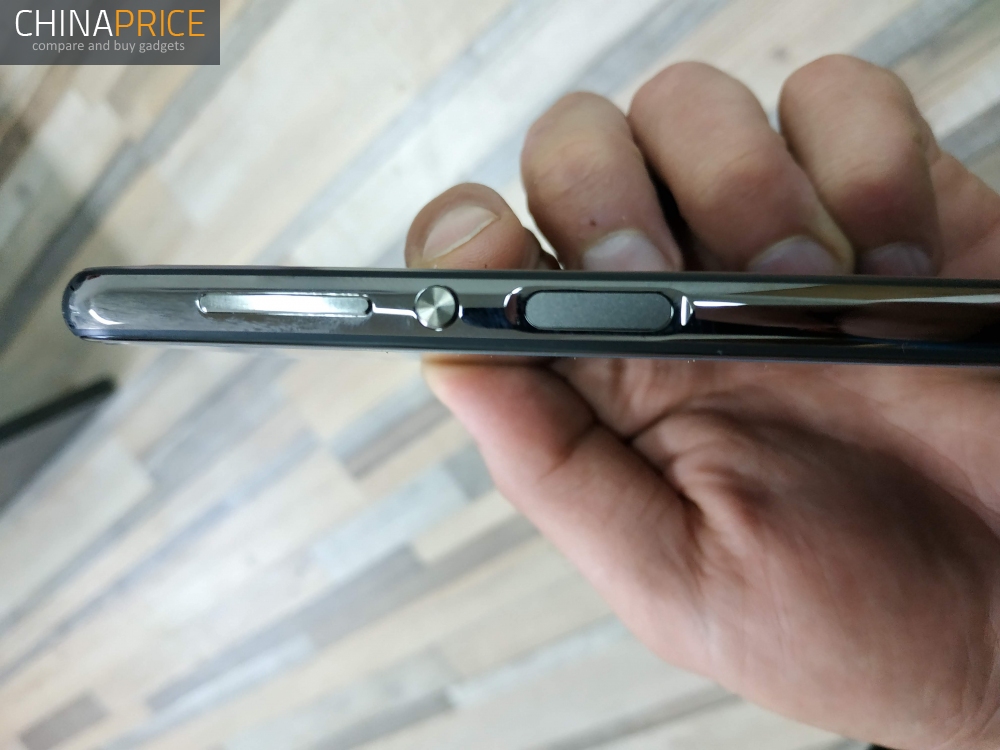 The design received a mark of 8,93 points.

The Elephone for the first time presented a notch on A4, so it is not surprising that it is also present in the Pro version. Here it is slightly reduced, which gives more space for the screen. The device has a 5.85-inch IPS HD display with a resolution of 1512 x 720 pixels.

The quality of the touchscreen is bad. For example, when typing a message, the touchscreen refuses to respond to the command in some places, or it is just difficult to click on a certain letter.

The sound on the phone is not good enough.

Our system rated the screen at 5.73 points.

The device is powered by octa-core MediaTek Helio P23 MT6763 with a clock frequency of 2.0 GHz. The dual-core Arm Mali-G71 MP2 operating at a clock frequency of 700 MHz is responsible for the graphics. 4 GB RAM will help to cope with any kind of activity on the phone, with the exception of modern games at maximum settings. The internal memory 64 GB will provide enough space to store your files on your smartphone. If it seems to you that such internal memory is small by modern standards, then the phone supports 256 GB TF card. However, you have to forget about the second SIM card.

The 16 MP rear camera allows you to make high-quality photos. The camera has many features such as portrait mode, exposure compensation, HDR, ISO settings, panorama mode. 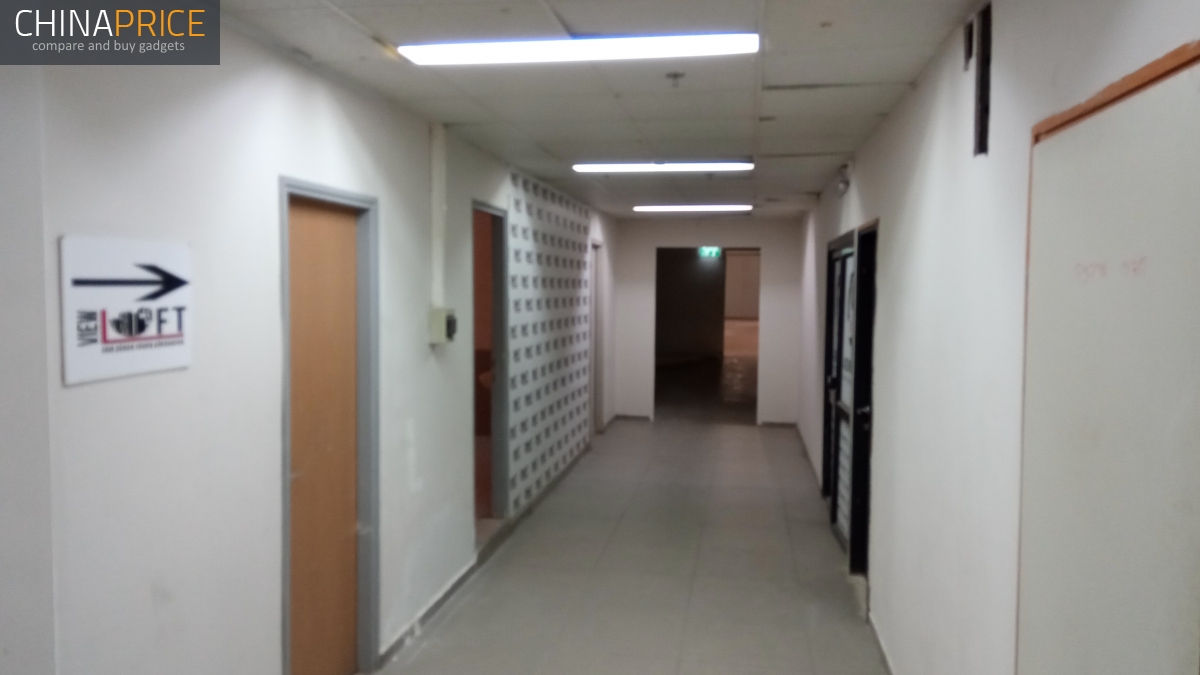 The front camera has a resolution of 8 MP. 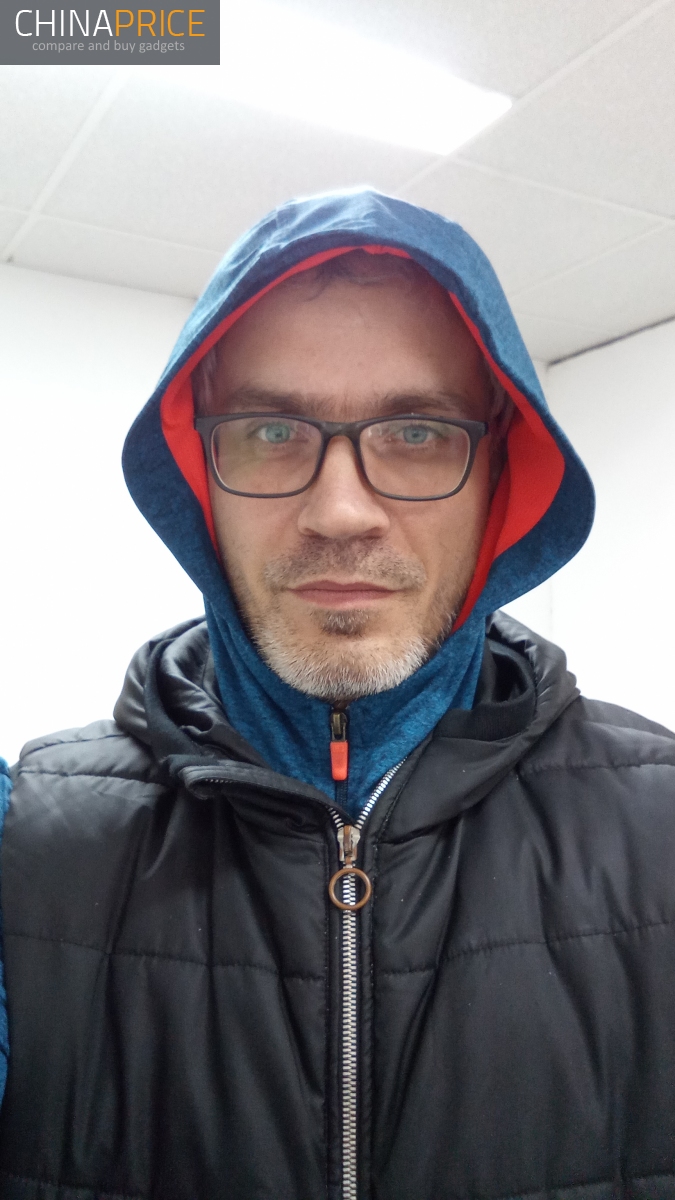 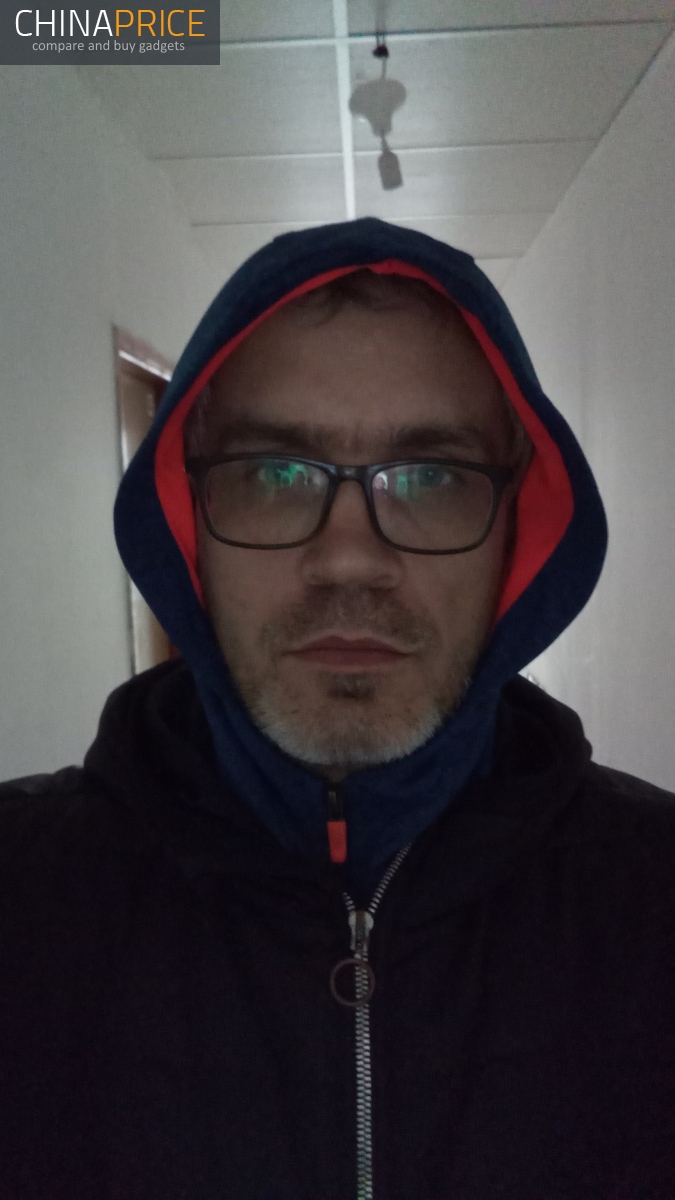 The system rated the camera at 5.75 points.

A4 Pro is equipped with 4G LTE support so you can communicate at any time and in any place. The phone also has support for dual-band Wi-Fi, GPS, Bluetooth, and standard sensors. In addition, the device has a compass, Face Unlock technology, and a fingerprint scanner.

Connectivity received a mark of 7.68 points.

The phone has a built-in (non-removable) 3000 mAh lithium-ion battery.

The battery was rated at 5.45 points.

The device works on Android 8.1 Oreo, which is rarely installed in budget devices. Elephone manufacturers are known to strive to satisfy their customers in all aspects. Therefore, we can guarantee that the device has a clean and fast Android.

The smartphone turned out good, but there are some disadvantages. In particular, we can note the fingerprint scanner and sound quality. The advantages include design, large screen, and cameras. In general, if you want a budget smartphone with many modern functions, then we recommend you to buy this phone.